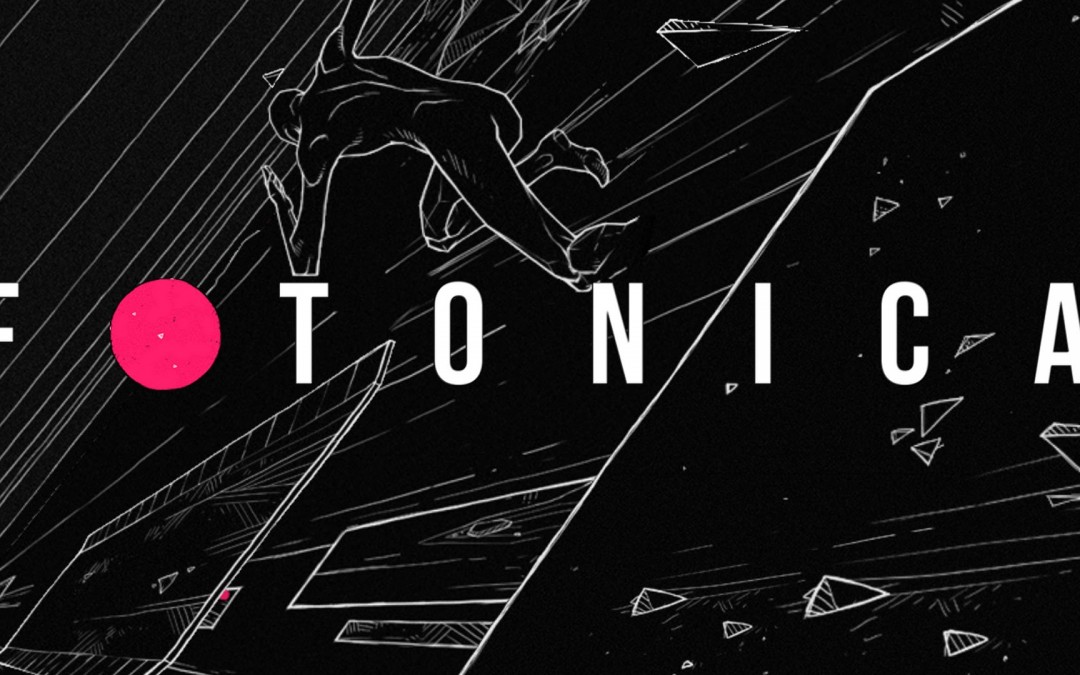 Games are available on all major platforms (desktop and mobile).

The well-implemented vectorial graphics makes the game experience feel “Like Usain Bolt trapped in a feverish Tron daydream”. Indeed, every pixel is drawn to convey the maximum sense of speed, an exhilarating journey through light and void.

Fotonica is a first-person endless runner game focusing the thrill of speed and traveling flawlessly through complex environments.

– User collects red dots while running and gets a score by the end of the run, which is sharable via social media

– If the score passes the baseline, user is able to unlock the next level (8 level in total)

– User can choose difficulty levels between “Normal” and “Hard”

– Besides “Arcade” mode, user can choose “Endless” or “Versus”

– Achievements and Leaderboards are viewable via game center

When you failed the level by falling off the platform, instead of showing a static screen with score and “retry” prompt, the game shows you the endless falling screen with the main character’s hands struggled trying to grab anything in the void – it is actually scary – a level of depth that you wouldn’t imagine for a single-button game.

My Thoughts for Mobile App:

Fotonica is developed by Santa Ragione – a two-person indie game studio based in Milan, Italy.

The art and promotional illustration is created by Gabriele Brombin.